There are those people who are willing to do any job as long as the pay is good. They’ll sit at their desk and do boring, repetitive tasks that don’t stimulate their brain in any way. But that’s OK! That’s what they want to do, and we need people like that in order to carry out those tasks. 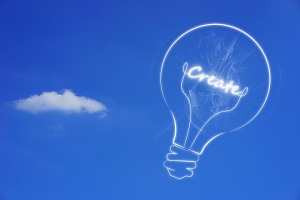 That’s not what we’re here to talk about today, though. I share similarities with you when you say that you’re a ‘creative type.’ I love creativity. I thrive off creativity. I need a source of creativity in order to carry out a job to its fullest. Without it, I find it difficult to keep working without descending into mediocrity.

So, if you’re feeling the same way, I have a few career suggestions for you.

Remember when we were kids, and a bunch of people said they wanted to make video games for a living? How many of those people actually ended up doing that? I guess the answer is ‘not very many.’ If you still have a passion for video games, why not get involved? Learn to code with any number of instructional courses on the internet. Start putting your creative mind to use, and set up your own business of making games.

If you’re a whizz in the kitchen, this one’s for you. Have you considered becoming a chef? Sure, it’s hard work, but it’s also incredibly rewarding. Allow yourself the time to train and see whether this job is ultimately for you. You could start off by enrolling with a vegan culinary school, for example. You might be making a lot of money out of this profession soon enough. 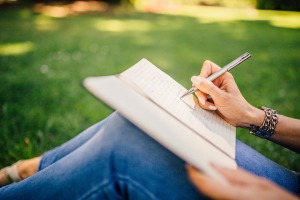 The internet has never been such a powerful force as it is in 2016. Web design is seriously in demand, and businesses are willing to pay top dollar for it. If you’re a tech fanatic with an eye for creative design, this is right up your alley. Again, you’ll need to learn about it first, but there are plenty of resources available to you.

Are you the sort of person that sits at home perfecting their hair in the most delicate way? Why not become a hair stylist? There are lots of cost-effective, easy ways to get into this profession via training. And, once you’ve got the skills, you might even end up opening your own salon. If your creativity skills are as good as they appear to be, you’ll be the talk of the town before long.

Do words flow from your fingers? Do you have an opinion on everything? Is there an idea for a great story that’s stuck in the back of your mind? Then writing might well be for you. Whether it’s as a novel writer or a journalist, the potential for creativity is vast. That’s basically what writing is – your personal outlet to get as creative as you want to be.

It’s time to ditch that boring 9-5 job! Unleash your creativity and maximize your potential.

This entry was posted in career switch, finding a first job, job hunting. Bookmark the permalink.