Guest Post: Don’t Be Thrown By a Career Setback

Tony and I do the blog GuysandGoodHealth.com, writing about men, health and eating there. This post ran on that blog but is relevant to AlwaysBeJobHunting.com too and so we are rerunning it here.

At the beginning of my career I worked for men’s magazines. They were the kind considered sexy at the time, but by current internet standards they would be described as quaint at best. At the time I was married and my first wife was pregnant with our son. 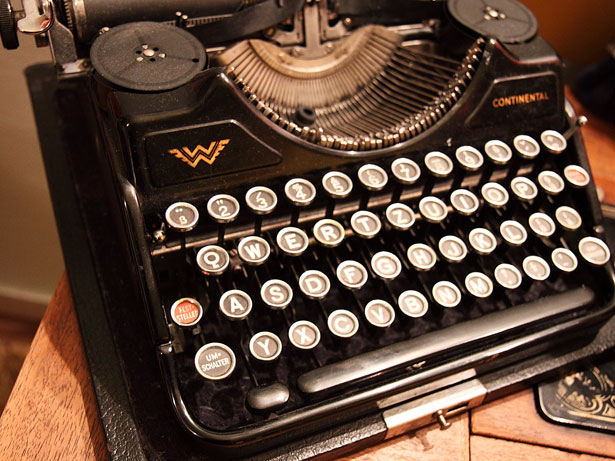 The tool of my trade

It was a small publishing house with about 30 people working in editorial, art, production, sales and distribution. We produced several trade magazines on other subjects, too.

Our publisher, Felix, (not his real name), was in his late 50’s and from time to time would take advantage of attractive females who worked for him. This was before such things as sexual harassment suits so he operated with impunity. Felix also had a personality on the unpleasant side and had few friends, so he would often have office lunches and hold court with us over lunch. He paid the bill, but we paid more heavily in boredom.

Ginny was an attractive woman who edited one of his trade magazines. Ginny and I became friends and conspired with another of the writers to leave for lunch early to avoid several of Felix’s lunches.

Felix pressured Ginny as he had other women, but she just laughed at him. She was happily married to a successful businessman and didn’t need the job. She knew that Felix had no leverage over her.

Because he had seen Ginny leaving with me and the other editor, Felix tried to start office gossip about ‘Tony and Ginny.’ The staff knew better, so no real harm was done other than to diminish him further in the eyes of his employees.

My son was born on April 15 of that year. Again, this was long before paternal leaves. I asked to talk with Felix because I wanted to take a couple of days off to help my wife with our newborn son and our 5-year old daughter.

Felix called me into his office and told me (after 18 months), “It isn’t working out.” He gave me a check for two weeks severance pay and fired me.

I was devastated by this act. I had never been fired from anything in my life. I knew I was good at my job, but also realized that was irrelevant in this situation. I was driving to the hospital to visit my wife and new baby trying to decide whether or not I should tell her what had happened. This was a blow. We had only been married six years and had the usual mortgage, car loans, etc. and not a lot of savings.

Finally, I decided to tell her about it, thinking that it would be more stressful for her to find out later. Also, I really didn’t like the idea of lying to her no matter what the situation. As it  turned out, she took it well and we decided I just needed to get a resume together and check out the want ads on Sunday. This was in the days before the internet and Monster.com. Also, we did have two weeks covered before we had to start worrying about finances.

That Sunday I answered a number of ads including one for an international wire service. I got an interview with them, spent two weeks taking care of my son and daughter with my wife and – got the job.

I started working for Reuters two weeks to the day after I was fired. So, the financial deathblow attempted by Felix turned out to be one of the best things that ever happened to me career-wise. I worked for Reuters for 20 years, setting up their coverage of the Chicago Mercantile Exchange in the heyday of pork bellies and live cattle. I got a magnificent economic education covering the markets. After a tennis injury I moved over to the Chicago Board of Trade and learned the grains and soybean complex markets. In 1977 I was the first American transferred from the U.S. to London to work in the Reuter office on Fleet St. An unparalleled learning and personal growth experience for me.

I wanted to mention some highlights of my career at Reuters because they were a direct result of the firing by Felix whose intentions had only been to cause me harm.

I love the irony of the fact that his diabolical act of treachery turned out to be the springboard for a wonderful new career as a successful professional journalist on an international stage.

Not incidentally, John and I met during my tenure at Reuters, so this blog would not be in existence if it weren’t for my firing by Felix.

You can read Practice Random Acts of Kindness and Anatomy of an Act of Kindness by clicking the links.

No matter how bleak things look for you remember how this worked out for me. I know it’s a cliche but when one door closes another door opens. Be on the lookout for it.
Tony

This entry was posted in career switch, management issues, unemployment and tagged bosses, career changes, fighting with the boss, getting fired. Bookmark the permalink.