When is it Time to Walk Away from a Job?

Most people are so happy to find a job, especially in this horrible economy, that they don’t give much thought to knowing when it’s time to walk away from a job. But it’s important to know when to do that, for your health and peace of mind, and often for your wallet as well.

A controversy has flared in Chicago recently about a news service the Chicago Tribune was using that was caught plagiarizing and making things up in reports it supplied.

Would you work for a knowingly unethical organization or company? 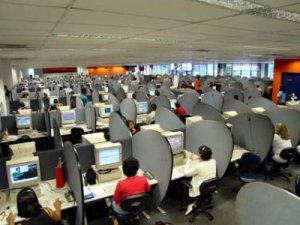 This is reportedly the Twitter avatar for the controversial news service Journatic, recently dropped by the Chicago Tribune

A job’s a job, you might be thinking. I’d say think again. And here’s a model for you, someone who had been in a management position at this news gathering organization and quit because of concerns he had with it. I came across this posting of his through a journalism group I belong to.

What he starts out saying says it all, I think:

“This morning I submitted my resignation as Production Manager and head of editorial at Journatic, LLC. I did so because the founders and I fundamentally disagree about ethical and management issues as they relate to a successful news business.”

No job is worth breaking the law or violating moral codes of conduct and business. If more people felt that way, we might not have had some of the business scandals of recent days.

I discuss in Always Be Job Hunting how I knew several times it was time to leave a job. Luckily those weren’t because the place I worked was breaking any laws, but the examples are still instructional.
–John N. Frank

This entry was posted in career switch, management issues and tagged Always Be Job Hunting, coping with a new job, fighting with the boss, time to leave. Bookmark the permalink.