How do actors go job hunting?

If any profession is full of people who are always job hunting, it’s acting. Every actor is only one job away from being unemployed, after all. Sound familiar?

Despite the insecurity, I’ve found myself attracted to acting recently. I’ve been taking acting classes, three in all now, and have started going on auditions for films in the Chicago area. It’s far from my profession, but its a talent I want to develop for the days when I can retire from my full-time job and pursue endeavors I enjoy, such as acting. 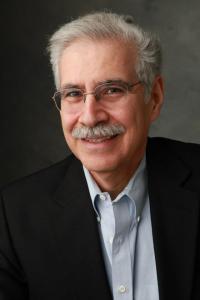 My acting head shot…would you hire me for your next film?

So what’s it like to be an actor looking for a job? First you have to consult sites that lists casting calls. Then, you send in a picture of yourself, a head shot, and a resume. And you hope someone contacts you to show up for the audition. You may get a short scene to memorize and do at your audition. Or you may be asked to recite a one-minute monologue, something you’ve memorized from a play or movie. Or you may be asked to just show up and be given lines you’ve never seen and then asked to read them on camera, to act them really.

It’s a world away from the standard job interview, except in some important ways. First, it assumes you come prepared, no matter what the requirements set out before hand. Second, it expects you to be composed enough to handle whatever challenge is thrown your way. And third, it expects you to feel comfortable in a high-stress situation.

Keep all that in mind the next interview you go on. And wish me luck, I’ve had two auditions for student films this week and have a third scheduled Friday.
John N. Frank