Getting That First Job, a Roadmap

What follows is the first installment of a guest post by my son, Matt, who managed to find a first post-college job, after years of effort in the worst US economy since the 1930s. Read what lessons he learned that can help you.

I graduated from the University of Minnesota in December of 2007 amidst the beginning of the Great Recession. My student job in administration for the department of architecture ended as I was handed a diploma. I had quit my previous coffee shop job prior to receiving the student job a year and a half earlier. Job prospects looked quite dim – my recent degree in landscape architecture seemed useless as most design firms were struggling to find work, which equated to employee layoffs and dwindling landscape architecture staff. More often than not it seemed that landscape architecture was seen (in both the academic realm and the business realm) as after thoughts – akin to the unwanted stepchild of the more prestigious architecture profession. During an economic downturn this became even more apparent; money was lacking for new building developments and was thus next to non-existent for landscape projects. 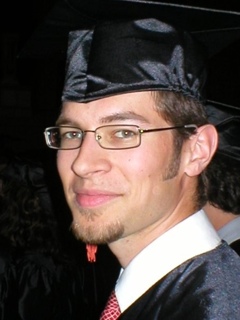 What was I to do? Upon graduation, I began scheduling as many informational interviews as possible with local firms throughout the Twin Cities (note: looking back I now realize I should have started doing this months in advance of graduation). More often than not I received the same message from prospective employers, “we’re looking for someone with a Masters degree and 5+ years of experience”, or, “no positions are available at this time, I’d suggest going back to school”. I’d just endured four and a half grueling years in school and was ready for an academic break, going back immediately for a Masters degree seemed out of the question. I wanted a job and the benefit of experiences that came with it, however, this proved harder than I’d even imagined. In the months that followed graduation, I was only able to land a couple interviews even though I’d sent out many resumes.

After realizing how slim my chances were at landing a job in the design field I rang up the coffee shop where I’d worked years earlier and was offered the job back – making $7.75 an hour as a part-time employee. I had worked the previous summer, before my last semester, for a landscape company as a seasonal laborer and had an offer to return. In Minnesota, because of the five-month long winters, seasonal work lasts from April to October, thus leaving me unemployed for five months a year – hence my return to serving java after graduation.
Matt Frank

This entry was posted in finding a first job, job hunting and tagged First job, search tips. Bookmark the permalink.

3 Responses to Getting That First Job, a Roadmap