Is There a Perfect Job?

What follows is an excerpt from my new book, Always be Job Hunting. The job mentioned was one I started in June 2010.

I just started a new job. Again. Landing a new job in the midst of the worst recession in my lifetime should be a reason for rejoicing, right? After all, U.S. unemployment has edged close to 10% and, according to recent studies, more than half the country’s workers have either been laid off, taken a pay cut or are working in jobs way below their skill level (under-employed in the jobs-world vernacular). 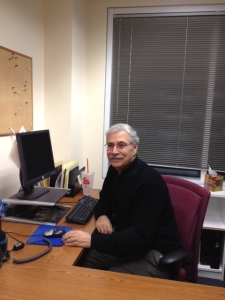 Sitting at my desk for the job mentioned here.

So why am I not rejoicing over my good fortune? Well, part of it may be because to get a new job, I gave up a lot. I’m in that unlucky 50% who are underemployed. To find a new job after surviving for two years in an almost unbearable workplace, I agreed to take a pay cut of more than 20%. But it’s not just the money; money has never been a chief motivator for me. I’m going to have to make adjustments because of the pay cut, of course, adjustments like contributing a lot less to my retirement savings, for example. But there’s something more than money that I’ve given up and it bothers me.  What?

You see, my new job is the 17th I’ve had in the 34 years since I got out of school. That works out to a new job every two years for my entire working life, although the average is a bit misleading since I worked for as little as one month at several jobs.

This entry was posted in finding a first job, job hunting and tagged new job, perfect job. Bookmark the permalink.