Best Cities to work in – California leads the way

San Jose, Calif., and San Francisco top a list of best cities to work in compiled by job app Glassdoor.com. 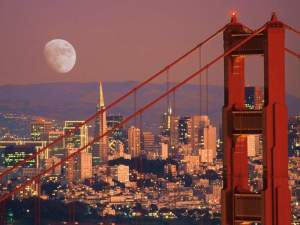 Those cities are home to five of the Top 50 best companies to work at, according to Glassdoor. Apparently people are happy at tech giants like Google. LinkedIn, Apple and Facebook, all in one or the other of those top two cities.

Other top cities are Seattle, Salt Lake City and, surprisingly enough given what people tend to think of politics, Washington, D.C., Glassdoor reports.

The top East Coast city is Boston, ranked number eight. Orlando, Fla. is the top southern city at number eight. Apparently there are a lot of happy mousketeers down there at DisneyWorld.

The report also shows which jobs are in highest demand in which cities. Software engineer tops the list in four of the top five cities, no surprise given the tech bent of those locations. The list is a reminder of where the jobs are and what they are, two important pieces of information for you to always be job hunting with.
John N. Frank