Guest Post, Part II: What Does a Job Mean Today?

Tom McDermott got in touch with me through LinkedIn after seeing a post about my book in a business group made up of alumni from my high school, Xavier, in New York City. He and I had a discussion about what “working” means in today’s no-job-security world and he mentioned he had done a guest piece for the New York Post, there titled Land of the Free Agents, on his own odyssey from white-collar professional to freelancing entrepreneur. With his permission, I’m reprinting his story here, this is the second of three parts.

I arrived here by a familiar route. One morning in 2007, I boarded a commuter train in Westchester to my job as an administrative executive at a Manhattan-based media company, where I’d worked for 18 years. I was 58 at the time, and had been promoted to director of operations and corporate services four years previously, after many years of managing corporate travel services and sourcing.

But by the time I returned home late that night, my life and those of about 1,000 of my former colleagues had been dramatically altered. Our company had eliminated our jobs. 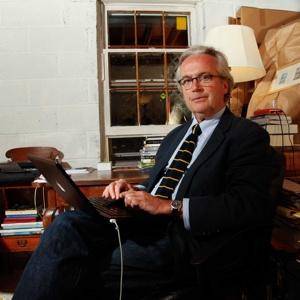 As my then 15-year-old daughter so succinctly put it: “Dad, you got fired? Will we have enough money? Will we need to sell the house?” As it turned out: yes, barely and yes. Leave it to a teenager to cut right to the truth in under 140 characters, with no adult-speak about “early retirement” or “job elimination.”

My company treated me fairly well as these things go; some might say very well. I was allowed to early-retire and was offered job-placement counseling for a year.
But, when you’re nearing 60, with more college costs looming and real retirement still years away, there really is no such thing as fair. You just have to get over it, and that can be a slow process. My generation of professional managers — who grew up at a time when a job with a large, blue-chip firm was something steady and dependable and not just a way station — had invested more in their companies than just time. Some of our corporate relationships ran deep, perhaps foolishly so for many.

My early, more or less traditional job search brought a couple of interviews at major companies. I made calls, got some meetings, networked like crazy. But no offers resulted. My company-paid consultant urged me to get more meetings and forget about age as a factor. But I wondered if the interviewers’ HR people had given them the same message. My own corporate experience told me the answer was no.
Then, just as my search gained real momentum, it was spring 2008 and Bear Stearns went down. Then Lehman followed, and everyone except the most gung-ho recruiters and HR consultants could only pretend there was a job market for the over 55 set.
T.W. McDermott