Changing Careers: Is It Possible Later in Life?

Work is a big part of our life, and if you hate the eight to twelve hours you spend in the workplace each day, chances are this affects your life dramatically. Even those with their dream career probably don’t leap out of bed to get to work every day, however it’s important that you find your work interesting or rewarding in some way or you’re probably going to be an unhappy person. If your job is feeling less and less appealing but you’re unsure about making the change as you’re a little older, here are some things to think about. 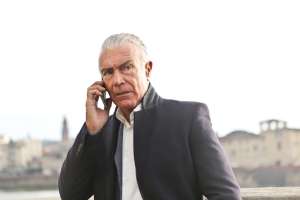 Decide on Your Next Move

It’s a brave move changing careers, particularly if this is a role you’ve been in for many years. So before handing in your notice and hoping for the best, it’s important that you think it through.

Think about the career transition, if you’re already a little older it might be worth considering a job that takes many years of training and education to reach the top.

However that’s not to say that you shouldn’t still aim high, just be realistic. For example, instead of training to be a doctor which can take fifteen years, you could train to be a nurse which takes three.

Still a fantastic career in the health industry if that’s what you wanted. Before you quit you should also do everything you can to put yourself in the best position. Otherwise, some companies offer training as part of the role. You could look into trucking companies that train if you wanted a more independent career or wanted to hit the open road.

There are also adult apprenticeships out there where you can work and learn at the same time. This gives you real life experience in the role while working towards your education.

Be Wary of Discrimination

Thankfully, there are laws in place these days which can prevent you from being discriminated against because of your age. The problem is, in practice these laws can be a little blurry and age discrimination on some level may affect you.

When you first started out in the working world this is something you won’t have even thought about, but is a consideration when you’re changing careers later in life. Some of the ways you can help to avoid this are small and simple.

Change outdated AOL and other old network email addresses to something more up to date like gmail. Include your LinkedIn profile showing you are up to speed with modern networking.

When speaking about your experience in your job, focus mainly on the new and relevant tasks you have been doing- avoid devoting too much time to 20th century tasks since these won’t necessarily be transferable to modern companies and positions.

Think About The Money

Finally, if you’ve been in your career for a while then you will probably be reaping the rewards of a decent paycheck.

When you change careers it will be like you’re back in your twenties again. Chances are you’re fine with taking a cut in money if it means working in a career that you are much more passionate about, however you need to make sure it works for you.

Can you afford your utilities, mortgage, vehicle and everything else? Plan carefully before taking the plunge.

2 Responses to Changing Careers: Is It Possible Later in Life?